What a fantastic Round the Island Race this year for Christchurch Sailing Club.

Equally proud that Rover won the IOR Minitonner class and so many other club members & boats were participating in somewhat challenging conditions.

Luke Butler and Toby Yeabsley raced the RTI on Roadrunner Racing a Diam 24' trimaran. They gave the fastest monohulls a 10 minute head start but overhauled them all in the Solent and then led the whole 1100 boat fleet from Hurst to Bembridge Ledge and were looking good for line honours but were overhauled by one of the larger trimarans just before the finish. A finish time of 4hrs 24 minutes is going to take some beating by any other 24' boat with only 2 on board! 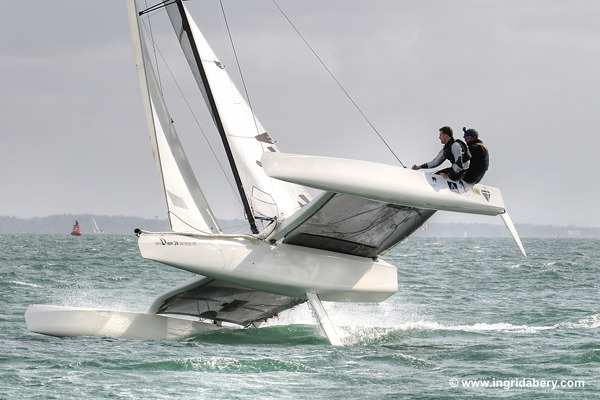 " St Catherine's is a lonely place when you are the only boat there!" 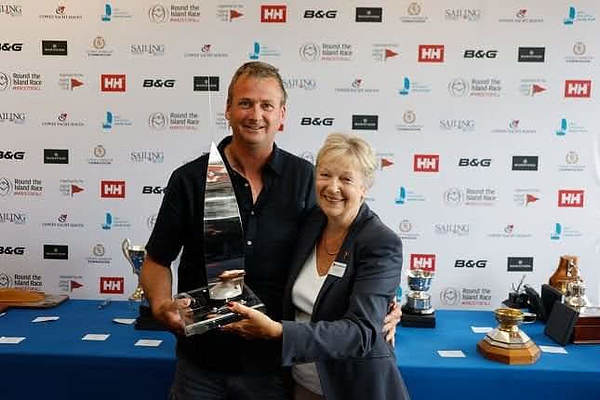 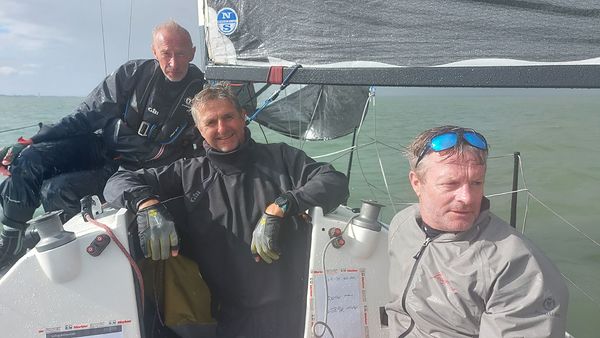 Also to Matt Holloway and the Jester crew who won the CSC RIOW cup for being the fastest5 boat with a CSC handicap on our Handicap, full results on Club2Class.

and congratulations to everyone for completing the race in brisk conditions and achieving great results, attached below is a full report from David Groom of his race.

Having previously sailed round the Isle of Wight in an F18 catamaran and a 32 foot Farrier Trimaran I thought it was about time to have a go in the somewhat slower but more sociable and age relevant mono hull divisions.

I was lucky enough to be offered a chance to sail with Team Stewart on Kissy Wissy so having sailed Gannet to Island Harbour as part of the Club Rally I cadged a lift down to East Cowes on Rondo arriving in time to leave for the start having left the others to do boat preparation etc.

As ever juggling the start in almost 20 knots with 1,100 boats around was not for the faint hearted but thanks to all the electronic gizmos on the boat we had one of the best starts in our Division before beginning the long slog in a messy West Solent chop to the Needles. Being the slowest handicap of all the fast boats in our division we were slowly overhauled by many competitors meaning lost of close calls re port and starboard. It was particularly choppy and lumpy in the Needles Channel and as ever bearing away to go round the Lighthouse was, to say the least, rather nice. 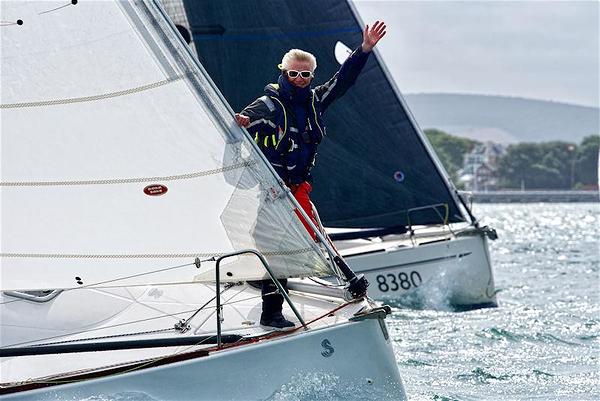 The fetch to St Catherine's was fast, wet exciting and great fun and staying offshore whilst out in the tide we overhauled many who had gone along the coast particularly when they had to start beat to clear the headland far earlier than we did.

After St Catherine's there was a slightly broader reach to past Ventnor and then an even better reach to Bembridge. With the spinnaker up and in between a series of mini broaches we were flying and overtaking everything around us and even managed a clean run round the two turning marks again gaining places in the process.

Spinnaker down we fetched towards Ryde Sands and passed the obligatory competitors who had over egged it and were sitting on the sands waiting for the tide to come in.

We then had the final leg to the finish close hauled much of the way all enlivened by dramatic rain showers and the wind shutting off completely when we were half a mile from the finish giving us a frustrating wait for the finish and adding half an hour to our respectable overall time of just under 9 hours.

Great fun and nice to see so many Christchurch boats taking part with a good smattering of results between them. 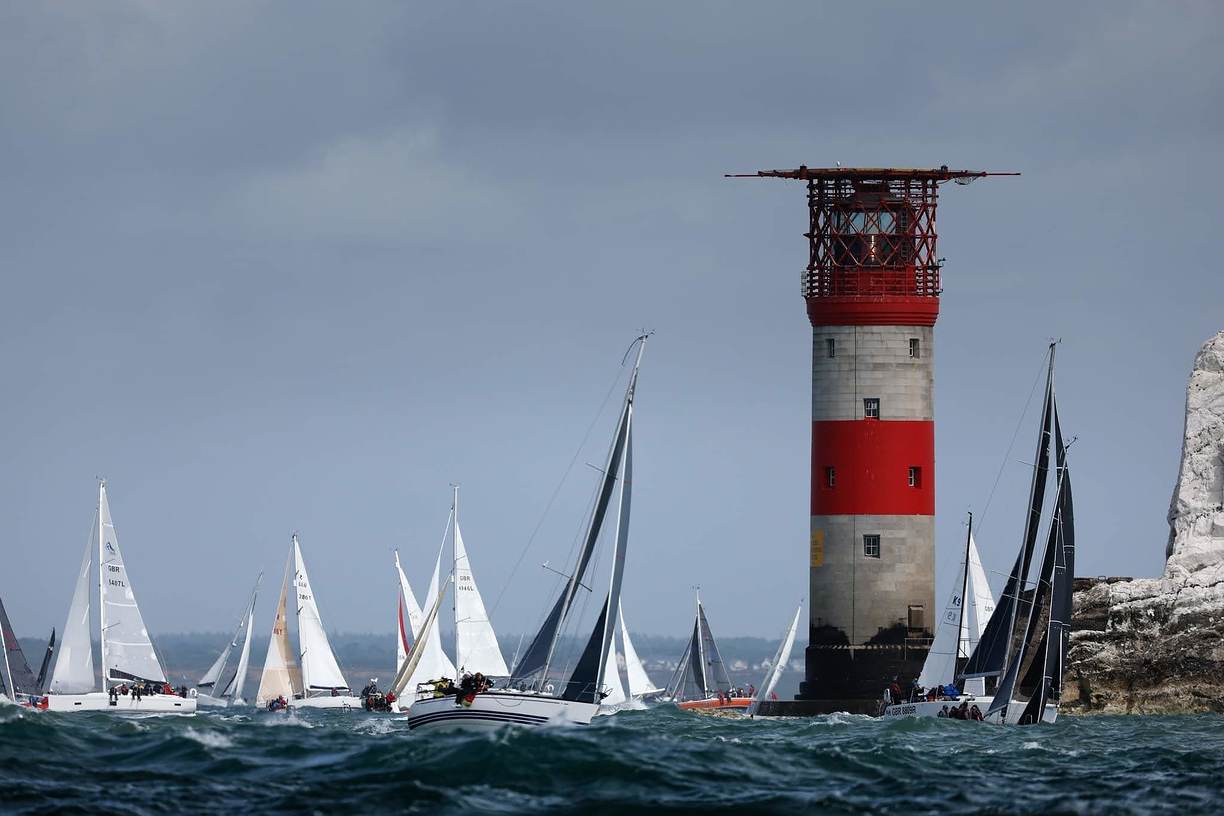